You’ll even find three ex-Dyna models imported over to the Softail family, including the Breakout 114, Street Bob, and Low Rider, which all look and ride great on the Softail chassis. So if you’re interested in our in-stock and new 2018 Softail models, come on in and take one of these bikes out for a test ride! Our Harley dealership is located in Kennewick, Wa near Richland, Pasco, Walla Walla, Washington & Pendleton, OR.

FAT BOY® 114
Built on a broad, stretched out frame, the Harley-Davidson® Fat Boy 114 is bigger and better than ever before. The Milwaukee-Eight® V-Twin engine lies at the heart of this beast, distributing power to that fat 240mm rear tire. Not to mention, the bike is 31 pounds lighter than last year’s model, which helps it make even better use of that raw engine power.

HERITAGE CLASSIC 114
Heritage Classic motorcycles of the past were built with shiny chrome components and a throwback style, but this year Harley cooked up a design that focuses more on contemporary ferocity than vintage looks. While preserving a few of the classic features like the saddlebags and windscreen, these bikes evoke the spirit of independence with their dark styling and lightweight chassis.

DELUXE
There are a lot of things that Harley-Davidson does well, but perhaps one of their greatest strengths is re-creating timeless designs on brand new models. This year, the Softail® Deluxe harkens back to its classic roots with appealing adjustments, like white wall tires, swept fenders, and spoke wheels. There’s also a touch of chrome to accentuate all these elegant components, and while stylish, it’s anything but dainty, as the Milwaukee-Eight® engine blasts this motorcycle down the road with power that redefines even modern standards for speed.

SOFTAIL SLIM®
Want a bike that adapts the bobber style to a more extreme look? The Harley-davidson® Softail Slim chops down the fenders and uses a bare-bones frame to create this no-nonsense look. It’s narrower, lighter, and more powerful than ever before, leaving this motorcycle with the one thing you really look from for a Slim speed. The drop in 35 pounds and a powerful Milwaukee-Eight® 107 V-Twin engine ramped performance up to the next level on this motorcycle.

BREAKOUT® 114
Want to break out of the monotony of everyday life on the road? With the new Harley-Davidson® Breakout, you’ll have a motorcycle that’s built to offer a fresh type of ride every time you hop over the saddle. It sports a longer wheelbase and a narrow frame, which accentuates those double spoke wheels, while a 240mm rear tire generates more traction than you’ll ever need for that intense riding style you’ve always dreamed of.

STREET BOB®
The Street Bob used to belong to the Dyna family, but in 2018, Harley converted this style by building it on a Softail chassis, while preserving many of the defining features of previous models. The result is a stronger look, more aggressive performance capability, and a light yet comfortable frame. It also makes you look great while riding it, as the mini-ape handlebars and optional wire spoke wheels add an extra flare to this classic design.

LOW RIDER®
The Low Rider from Harley-Davidson is another bike that’s made its way over from Dyna to Softail, and you’ll agree that the transition has been a definite advantage. It’s modeled with ‘7-s inspired graphics, an array of two-tone paint combos, and a wheel design that’s unique to this model. Of course there’s still a powerful Milwaukee-Eight® 107 engine, and all that power feels really good when you’re riding so low to the pavement.

The new custom revolution is upon us, and you don’t want to miss your chance to experience these innovative bikes, so come on in for a test ride and get your next Harley-Davidson® motorcycle today! 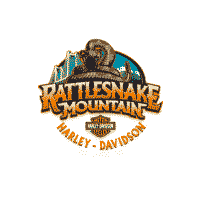